Hit enter to search or ESC to close
Uncategorized

By Blockchain Island September 25, 2019 No Comments

Ripple is highlighting a growing list of use cases for the XRP Ledger.

In a new blog post, David Schwartz, the company’s chief technical officer, says developers are working to take advantage of XRP’s ability to settle in a matter of seconds.

In addition, Schwartz points to XRP’s role in RippleNet, Ripple’s global payments network. The company has said more than 20 of its customers plan to use xRapid, their XRP-powered cross-border payment product.

Schwartz says he believes the ledger’s Consensus Protocol has distinct merits that contrast with proof-of-work blockchains like Bitcoin.

“The ledger makes it easy for anyone to run a validator and use the consensus to approve new transactions. As a result, more people can participate and transactions typically settle within a few seconds. This design was driven by the payments use case — where rapid and cheap transaction finality addresses real use needs.

In contrast, blockchains based on proof-of-work have different considerations when it comes to attributes such as finality and speed. Those with the most advanced hardware and cheapest energy sources have come to dominate the process by choosing which transactions to execute, and maintaining a decentralized ledger in this way has proven expensive and slow.

Consensus has shown the opposite — the XRP Ledger has become more decentralized over time — and can complement other blockchain technologies by offering fast, inexpensive transactions.”

The CTO also references the news from earlier in the month that XRP’s number of settled ledgers had exceeded 50 million.

Here’s to many millions more! 🥳 pic.twitter.com/uO9lcyYcJU

Detractors say Ripple’s ownership of more than half of all XRP in existence inherently makes the digital asset more centralized than Bitcoin.

Critics also point out that most of Ripple’s 200-plus customers continue to use the company’s separate payment messaging system xCurrent instead of the XRP-powered xRapid.

Ripple argues that xRapid has the potential to give big firms and financial institutions a way to quickly move value across borders without having to hold pools of money in various bank accounts around the world, and says it will take time to build liquidity and ensure the solution is compliant with each country’s regulations.

Schwartz’s words come on the heels of Ripple’s recent controversy among members of the currency’s online community. Some have slammed the company for its monthly over-the-counter sales of XRP. In response, Ripple says the sales fuel initiatives and support projects that will help build support for XRP and the crypto asset industry at large.

One crypto Twitter personality went so far as to start a petition calling on Ripple to stop the practice, which he says crashes the currency’s price. It currently has about 3,690 signatures. 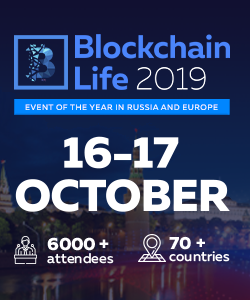 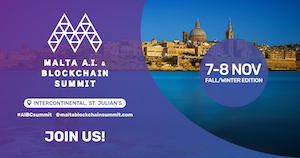 Binance Is Not Under Our Jurisdiction, Says Malta Regulator